THE HOME OF ESPORTS

Esports (also known as electronic sports, e-sports, or eSports) is a form of competition using video games. Esports often takes the form of organized, multiplayer video game competitions, particularly between professional players, individually or as teams. Although organized competitions have long been a part of video game culture, these were largely between amateurs until the late 2000s, when participation by professional gamers and spectatorship in these events through live streaming saw a large surge in popularity. By the 2010s, esports was a significant factor in the video game industry, with many game developers actively designing and providing funding for tournaments and other events 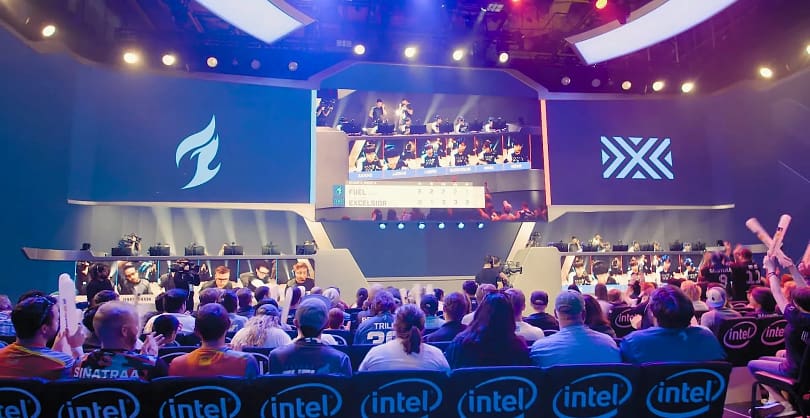 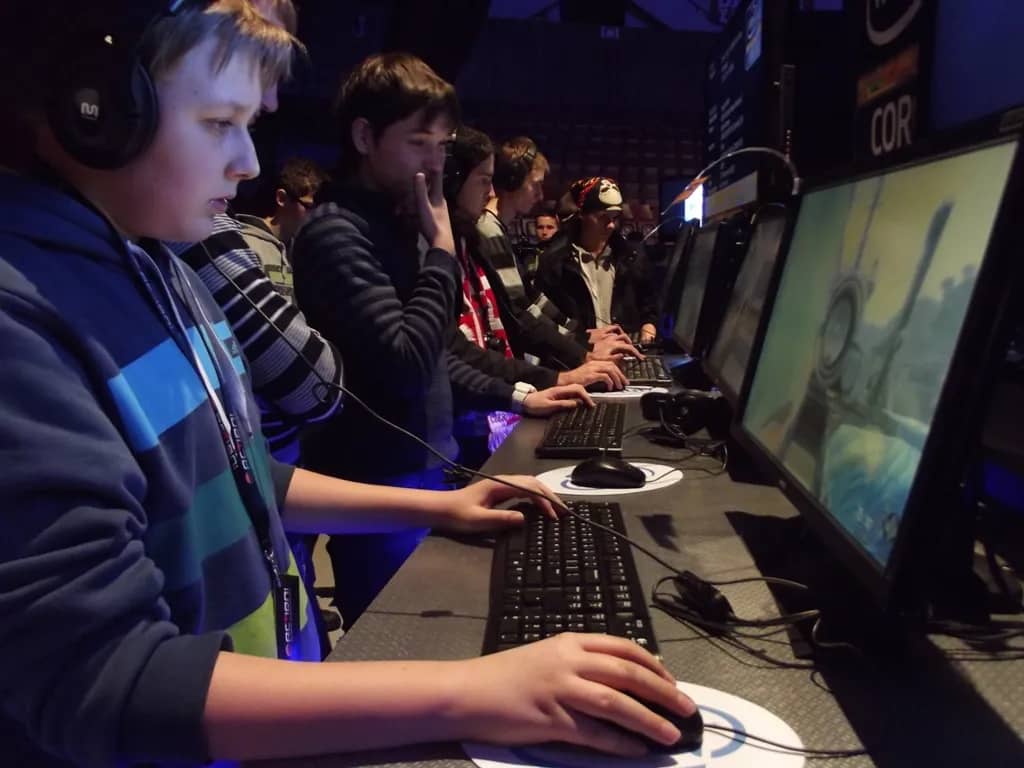 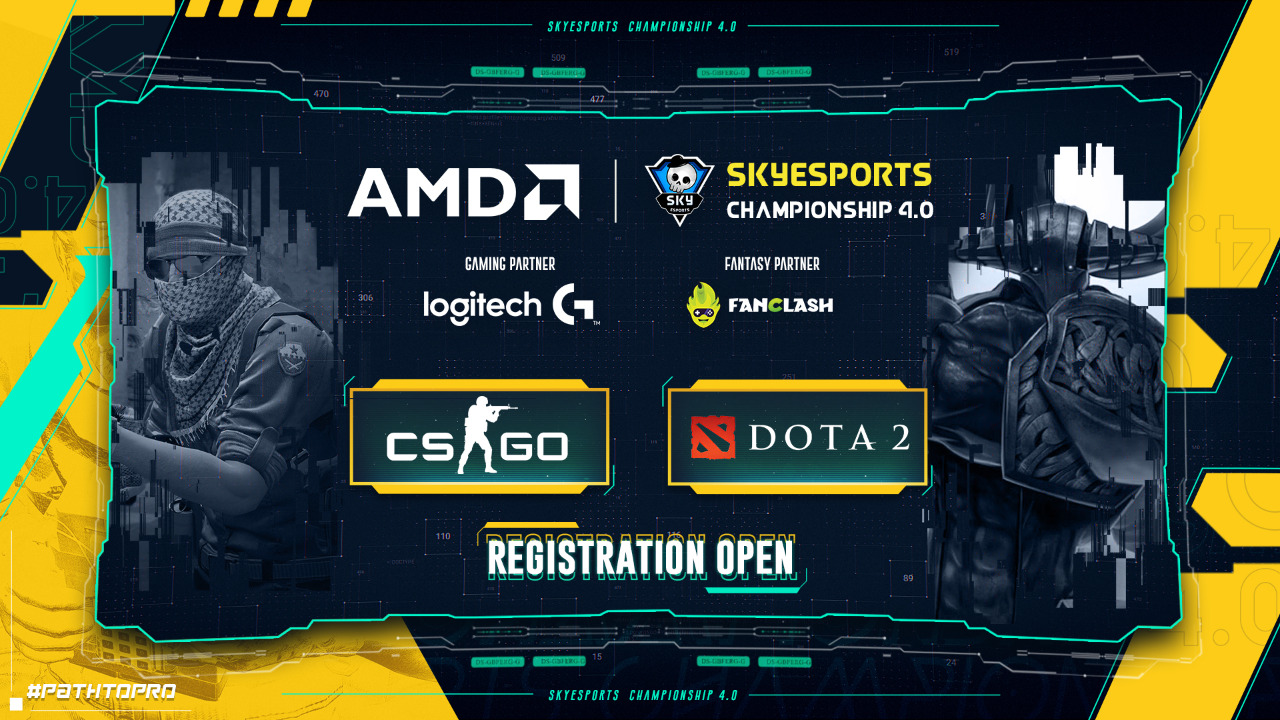 Skyesports is bringing another edition of its all-female esports tournament IP, the Skyesports Luna. This time, four teams of India’s best female gamers will lock horns in Valorant from Sept. 16 to 21 for a share of the Rs. 1,50,000 prize pool. The Skyesports Luna Season 2 is presented by global semiconductor manufacturers AMD and
Read More

iQOO is coming up with an esports event, all star season 2

The well-known mobile brand iQOO has been partnering up with esports events around thecountry to promote its brand and gain visibility in front of the younger demographic. Once again, iQOO is coming up with an esports event. The IP will be the second season ofthe iQOO All Stars Cup, which was broadcasted last year around
Read More

Rooter, the largest Indian game streaming platform, announced today that it had acquired the media rights for all of Skyesports’ IPs, in one of the largest media rights deals in esports, for the next one year. Skyesports is the biggest esports tournament organizer in South Asia that conducts competitions under its self-owned IPs. Moving forward,
Read More
March 6, 2022Admin

“Federation of Electronic Sports Association of India (FEAI) welcomes the move of the Government of India to set up a task force for Animation, Visual Effects, Gaming, and Comics (AVGC) promotion. FEAI has been recommending policy intervention towards the promotion of AVGC at the national level as well as placing a strong emphasis on development across states
Read More

Over the last year, Skyesports has set a benchmark in the Indian esports industry. After a record-setting 2021, the esports company has pulled the curtains on the roadmap for the ongoing year. All of its major IPs are set to make a comeback along with a return to LAN events. The prize pools have also
Read More

Skyesports is kicking off 2022 with a bang and has announced the return of the Skyesports Grand Slam featuring a $40,000 prize pool. It’s split between two of India’s favorite gaming titles: VALORANT and Battlegrounds Mobile India (BGMI). The competition is presented by AMD and Loco are the broadcasting partners.  The open-for-all tournament will take
Read More

BGIS GRAND FINALS : CLASH OF TITANS: Battleground Mobile India, “India Ka Apna Battleroyal” was launched with humongous hype and speculations of the most awaited return of the competitive sphere in India. BGMI hit the screens in India on July 2, 2021, and since then gamers were enjoying the PUBG replacement. Ending an almost year-long
Read More

Which team will make it to finals of BGIS

Battleground Mobile India (BGMI)’s first and major Esports event “Battleground Mobile India Series” (BGIS) is closing to its ultimate stage of Grand Finale. Almost a month-long of sheer hard work, dedication, and ages of grind are about to give India its 16 current Best Teams. BGIS has been in talks for several interesting twists, shocking
Read More

ALL you need to know about BGIS SEMI FINALS

India’s most awaited tournament is entering its last stages. Fans witnessed 20 days of nonstop action, surprising qualifications, unreal gameplay, and some heartbreaking eliminations. Out of Thousands of selected teams, the most promising 24 squads are waiting to showcase their metal in the semi-finals The penultimate stage of Battlegrounds Mobile India Series (BGIS) 2021 is
Read More

BGIS 2021 is BGMI’s first major official tournament. The craze around the tournament has been immense and the teams’ performance in the competition has justified the hype. Event has been full of shockers, upsets and spicy twists. Amidst of unexpected turns, BGIS will get more interesting as Team SouL is speculated to join 23 Semi
Read More

Everything you need to know about BGIS quarter final

The Online Qualifiers of Most Awaited Event, Battleground Mobile Series (BGIS) 2021 concluded with the end of Round 3 on 30 December 2021. Following the nerve-wracking days of qualifiers and a series of heartbreaking exits including likes of Velocity Gaming, In Form Chemin Esports, and Dynamo’s Hydra Official, the top 64 teams advanced for the
Read More

Women in Esports India:- Once seen to be as novelty limited to masculine and techie men, the esports industry is seeing a steady increase in the number of female participants on both a consumer and creator level. They are no less than their male counterparts, and they are more now than ever making their presence
Read More

Team IND also known as Team Insidious, the popular esports organization has announced a farewell to their BGMI roster. The farewell was announced on the social media handles of Team Mind. The players have not yet announced whether they will play together or apart in future tournaments. “From being part of the seed of this
Read More

VR Gaming an escape from reality, But at what cost?

Virtual Reality is a concept that has been in development for quite some time, it is a fascinating concept that has always been shown in movies. It had been made possible through the efforts of companies like HTC, Samsung, Microsoft, and Meta (formerly known as Facebook). Virtual Reality (VR) is a computer-generated environment with scenes
Read More

Why eSports should be considered as a proper career choice?

The rise of the esports scene in India is a very noticeable stride that can be seen. Esports has been experiencing explosive growth in popularity in the last few years. With its rise, a growing number of people are also aspiring to become professional game players. Even though eSports has slowly gained traction in recent
Read More